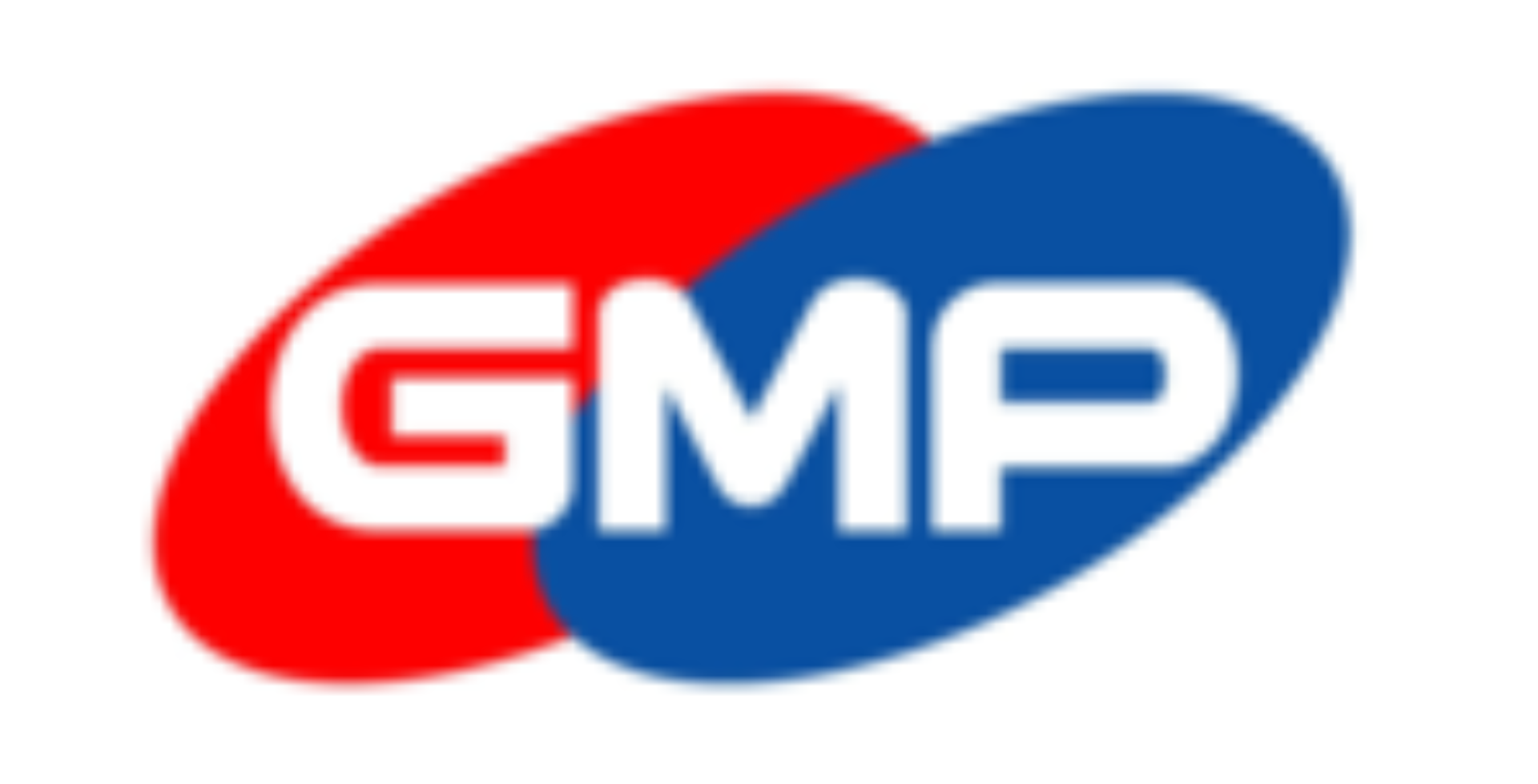 On 17 January 2019, 23 stakeholders participated in a half-day workshop to provide input into redesigning the heavy-duty vehicle emissions testing program in Ontario. Specific to the program, the workshop focused on tampering and incentives. The workshop was hosted by the Ministry of Environment, Conservation and Parks (“MECP” or “the Ministry”) and facilitated by the Policy Innovation Hub in Cabinet Office.

Participants were invited because they are long-standing program stakeholders or they provided comments on the Environmental Registry of Ontario notice on “Redesigning Ontario’s Drive Clean Motor Vehicle Emission Testing Program.” Participants represented industry associations whose stakeholders operate heavy-duty vehicles, individual firms, non-governmental organizations (NGOs), public transit agencies, and several academics. 26 organizations were identified as being key heavy-duty program stakeholders and were invited to send a representative to participate in the workshop.

The workshop was an exercise in design thinking, which is a process for creative problem solving based on the needs of those most affected by the problem.1 Participants worked in three groups of seven to eight people. The facilitated process of the workshop enables participants to:

▪ Frame the most important questions on the topics,
▪ Gather inspiration and insights from a cross-section of colleagues,
▪ Generate ideas to explore how to approach tampering and incentives, and ▪ Make those ideas tangible by sketching how they might work.

The views in this report reflect those of the participants. The workshop and report will be reviewed by the Ministry in its continued work on redesigning heavy-duty vehicle emissions testing in Ontario.

▪ Removing, bypassing, defeating or rendering inoperative any emission control system or device installed in or on a vehicle or engine, including software designed to monitor or control vehicle or engine emissions, or

During the workshop, participants identified numerous specific examples of tampering, such as the installation of delete kits or defeat devices, alterations to onboard diagnostic (OBD) systems, reprogramming an engine control module (ECM), and many more.

Participants responded to several questions to frame the most important considerations for redesigning the existing program on tampering.

Why do firms or operators tamper with emissions control systems on vehicles?

Participants listed many reasons for why a firm or operator might tamper with a vehicle. Participants were nuanced in their assessment of firms and operators who choose to tamper with vehicles. Vehicles are not tampered only by “bad actors.”

For some, tampering can result in several real or perceived savings, such as lower fuel consumption, reduced maintenance costs, and avoiding costs for purchasing newer technology or retrofits. Tampering with a vehicle may extend a vehicle’s longevity and allow an operator to continue to use an older vehicle. This was seen as especially important for smaller operators.

Some discussions blended savings and performance, with some participants stating that tampered vehicles may avoid downtime due to filter regeneration cycles, vehicles shutting down from functioning or faulty emissions reduction mechanisms, or requiring maintenance that is

2 Vehicle and Engine Tampering Description and Examples of Acceptable Practices, Canadian Council of Ministers of the Environment, 2016, www.ccme.ca/files/Resources/air/mobile_sources/Tampering%20Description_EN.pdf.

Given some of the reasons outlined above, the real or perceived lack of enforcement for existing tampering offences increases the cost-benefit analysis for firms or operators to tamper with vehicles. Further, some participants from research institutes and environmental NGOs noted that there is not enough public education about the harmful effects of certain emissions, which are made worse by tampering.

When asked who in an organization might make the decision to tamper with a vehicle, participants answers ranged from it being a decision made at the manufacturer, by an executive in a firm, or at the local fleet manager level.

Why do firms or operators NOT tamper with vehicles?

First, there was a significant appeal to the moral reasoning or reputation of a firm or operator, particularly for large firms and those who are knowledgeable of the human health and environmental effects of emissions. There may also be a fear of being caught or penalized if they are aware first-hand or second-hand of the ministry’s enforcement activities.

Practical reasons not to tamper include not voiding the warranty for vehicles or equipment, particularly if a sizeable investment in new vehicles was made recently. Firms or operators working in other jurisdictions with higher enforcement and/or stringency were judged as less likely to tamper. Firms or operators who keep up with regular maintenance are less likely to face conditions where they need to consider tampering as an option.

What should be the purpose of government’s new actions on tampering?

Acknowledging that current tampering offences exist, there are potentially more actions the government could take to improve outcomes. While participants represented several industries and a range of perspectives, they generally agreed on the purpose of the governments new actions on tampering.

First, government should strive to level the playing field by shifting the risk-reward or cost- benefit ratio. Tampering should no longer be viable to gain competitive advantage. Rather, it should be an unappealing and uncommon activity. This could be achieved by focusing on those who many participants referred to as “bad actors.” Participants proposed several potential activities to achieve these outcomes, many of which were not focused solely on higher penalties and increased enforcement.

Second, participants stated that government should focus on protecting public health and the environment by reducing emissions and particulate matter from poorly performing vehicles.

Ideas on how the government and stakeholders might meet this purpose are described below.
3

Collaborating on potential solutions
Participants generated more than 60 unique ideas for how the government and industry could address tampering. Throughout the exercise, they ranked ideas based on their potential impact and effort.3 Ideas assessed to have low impact were gradually discarded and higher impact ideas were organized in complementary clusters. This process led participants to focus their efforts on the following five high-impact initiatives.

Participants were keenly aware of the government’s desire to reduce the burden on businesses and bring the budget into balance. There was general consensus that any required funding for these initiatives should come from penalties on polluters.

Participants responded to several questions to frame the most important considerations for redesigning the program on incentives.

What should be the purpose of potential incentives?

Participants had many thoughts on the fundamental purpose for incentives. They fell into broad categories focused on reducing the burden on “good actors” and leveling the playing field, promoting compliance, and enabling investment in newer vehicles with fewer emissions.

When asked who the recipients of these incentives should be, participants stated the program should make a priority of supporting actors, behaviours, or technology that provide multiple benefits, such as increasing competitiveness, reducing emissions, and improving public health.

Incentives can reward “good actors” by reducing the burden to prove compliance with options such as remote reporting or less frequent tests. Some participants noted that this might reduce administrative costs on businesses, helping them remain competitive with businesses or operators who have chosen to tamper with their vehicle to reduce other costs. Financial incentives could also be considered to level the playing field between small-, medium-, and large-sized businesses by increasing purchasing power for smaller businesses.

Some participants noted that incentives can promote compliance by containing a reputational incentive, such as a “green” or “clean” certification that might generate business from clients conscious of working with suppliers that demonstrate these attributes.

Incentives can push owners to retire their heavy-duty vehicles sooner, deter tampering, and promote purchasing a newer vehicle. These incentives could support Ontario’s planned emission reductions in the transportation sector, such as promoting the uptake of low carbon vehicles. However, as one participant remarked, businesses often need incentives that reduce or remove risk of investing in newer technologies. Potential incentives could promote fuel switching to cleaner sources, such as bridging the gap between diesel and compressed natural gas.

As an example of financial incentives making a difference, a participant representing an industry association noted that the recent federal Accelerated Investment Incentive is supporting new investments in the trucking industry that should align with the purpose and objectives of Ontario’s redesigned program for heavy-duty vehicles. Participants who heard this comment suggested that the Government of Ontario should study if these new investments might be influencing questions about competitiveness and supporting the transition to a lower-emitting fleet.

Collaborating on potential solutions
Participants generated more than 50 unique ideas for how the government could provide incentives to industry to encourage activity that benefit all Ontarians. Many additional incentives were developed to address tampering, which participants continued to discuss during this exercise. Throughout the exercise, participants ranked ideas based on their potential impact and effort. Ideas assessed to have low impact were gradually discarded and higher impact ideas were organized in complementary clusters. This process led participants to focus their efforts on the following five high-impact initiatives.

the diversity of perspectives, there was general agreement from participants on the objectives of the program and tools the Ministry should consider.

A number of participants stated that they were shocked by the volume of tampering in the province, while again noting that vehicles are not tampered with solely by “bad actors.”

Participants were generally hungry for more information and more time to work together in their groups. Many would have stayed for a longer session, though appreciated the Ministry valuing their time. Many more stated that they were interested in participating in another workshop to build on these ideas.

Several participants suggested having more data available to take a “deeper dive” or “dig” into things with more detail.

Some participants wanted to take the conversation “up a level” by connecting the program to other government considerations, such as a provincial freight strategy or the Ontario Carbon Trust and actions to reduce emissions.

Some participants encouraged the Ministry to ensure it did not use the term “bad actors” or others like it without discretion.

Several participants suggested the Ministry continue to clarify its objectives with the program. Some noted that one objective should be ensuring the program is revenue neutral.

A concluding recommendation was to conduct more workshops like this, with the same diversity of participants and tools and templates that generate constructive discussions.

In addition to this workshop, the Ministry is learning lessons from a large network of jurisdictions with similar programs. The Ministry thanks all participants for their time and contributions during the workshop. The proposed program design for the future heavy-duty emissions testing program will be posted on the Environmental Registry of Ontario and at that time the Ministry will reach out to stakeholders to submit their comments.